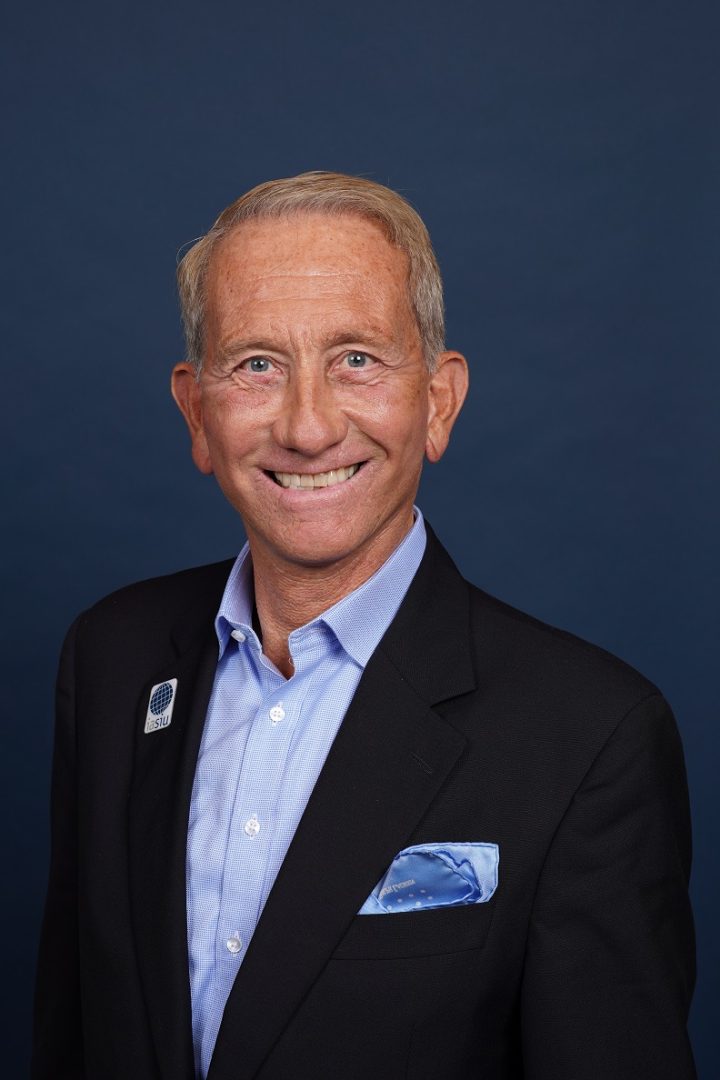 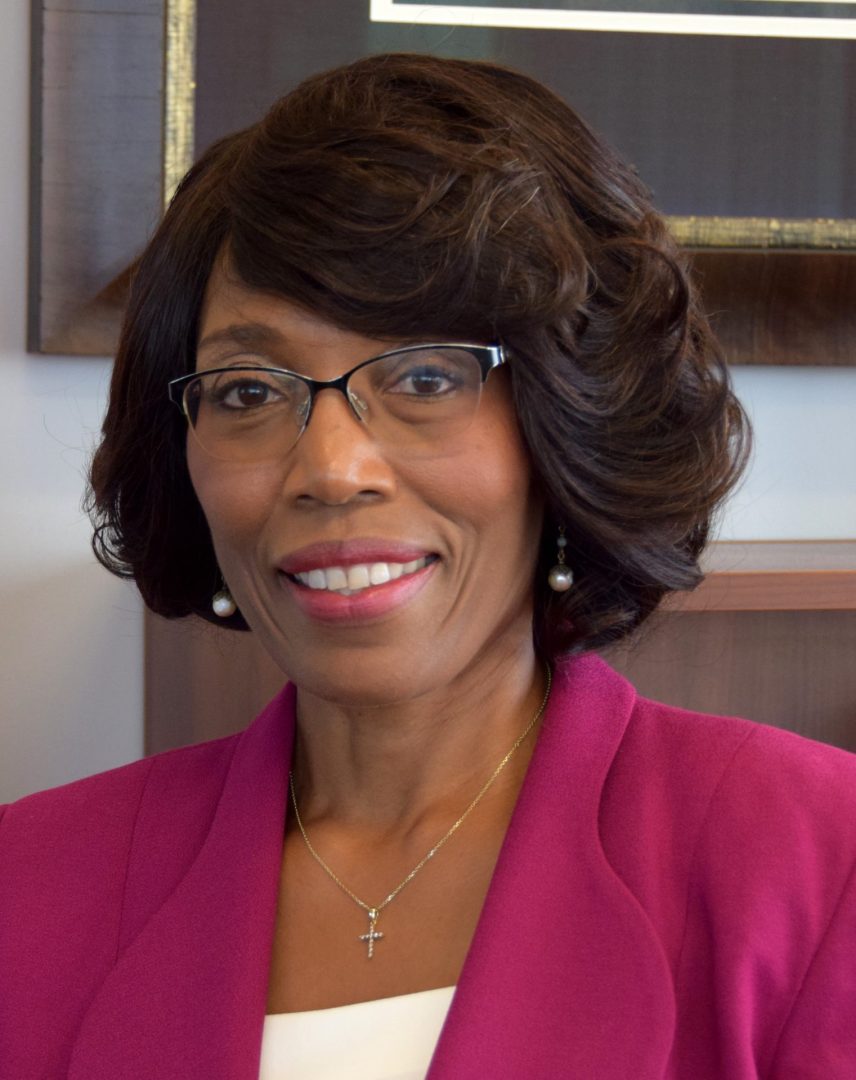 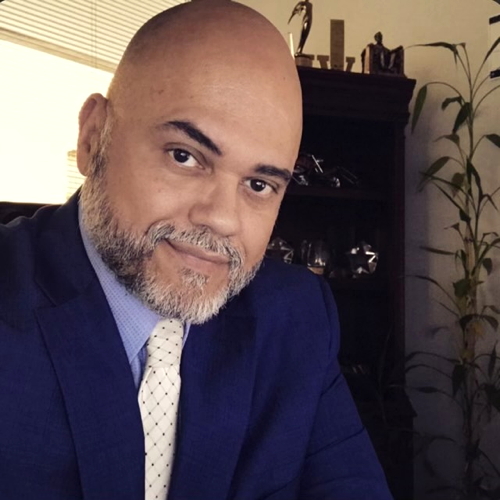 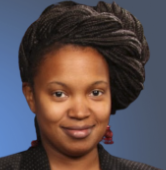 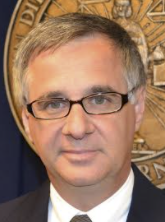 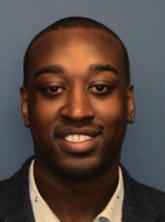 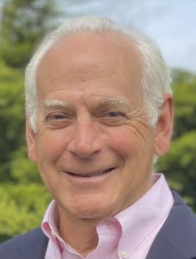 Matthew is a respected anti-fraud professional. Under his leadership, the Coalition is bringing together our diverse members from all sectors of the fraud fight including consumer advocates, insurers, legislators regulators, government agencies, prosecutors, law firms and respected business partners.

Before joining the Coalition staff in 2018, Matthew founded one of the nation’s leading law firms specializing in handling of insurance fraud and bad faith cases. He previously served as our Director of Government Affairs and legal counsel. Matthew is a prolific writer and speaker who serves on many boards and committees related to fraud-fighting efforts.

Matthew graduated from the Salmon P. Chase College of Law and the University of Cincinnati College Conservatory of Music where he studied Radio, TV & Film.

She received her JD from Temple University Beasley School of Law and her BA in African-American Studies from the University of Pennsylvania. She currently serves as a trustee to both the Capital Area YMCA (Vice-Chair) and the NJ State Bar Association. She was recently recognized as one of the NJ Law Journal’s Outstanding Women Lawyers of 2022.

As the NJ Insurance Fraud Prosecutor, Tracy supervised a staff of over 100 who investigated and prosecuted all types of insurance fraud, including health care, auto, Medicaid, disability, and workers’ compensation. She recently retired from that position and currently serves as adjunct faculty at The College of New Jersey where she teaches Academic Writing and Introduction to Criminal Justice.

Joseph Matos is a multi-award-winning creative and strategic executive who has successfully raised the bottom line for fortune 100 companies. He has worked with some of the world’s largest and most prestigious ad agencies. He has also been one of the pioneers in the multicultural advertising arena that is now a foundation for many advertisers and organizations. His expertise spans both the general and multicultural markets. Having this skill set gives him the range that organizations and companies alike seek when looking for unique solutions to their advertising, marketing, digital, and communication challenges.

In 2001 he opened his agency and won clients such as Pep Boys while consulting for various agencies around the country, helping win multiple blue-chip clients. Joseph moved to Washington, DC in 2002, where he served as Chief Creative Officer for various advertising and media companies. He has provided the creative and marketing direction for numerous brands, including political campaigns. He created the memorable “Be A Hero” cape campaign that continues to be used by Donate Life Maryland today.

Starting in 2014 for nearly seven years, Joseph led the advertising, marketing, branding, and communications efforts for a trade organization in Washington D.C., raising the quality of messaging and outreach that targeted decision-makers and end-users. Most recently, Joseph led the marketing and outreach efforts from the ground up for a new health organization in Northern Virginia, where he developed successful brand/outreach strategies.

Joseph graduated from the prestigious High School of Art & Design in New York City and earned his degree at the City College of New York.

The Coalition’s internal and member operations are overseen by Kendra. Her remarkable organizing skills help make our member meetings run smoothly and make sure our databases are kept current. Kendra is there to make sure Coalition members get fast and accurate answers to questions.

Before joining the Coalition in 2007, Kendra supported senior staff at the D.C. Chamber of Commerce, including being a liaison to the Mayor of D.C. and city council member assistants.

While at Suited for Change, Kendra coordinated more than 100 job-training programs for low-income women. She also trained volunteers, provided coaching, and skills training to women in need who are seeking employment.

Kendra received her BA in Business Administration and AA in Criminal Justice, both from American InterContinental University in 2008.

Dominic Dugo, retired Chief Deputy District Attorney from San Diego, California, is now an Outreach Coordinator for the Coalition Against Insurance Fraud. He is also a co-chair for the Coalition’s Workers Compensation Fraud committee.

In addition to his role with the Coalition, He is currently the Vice-President, Fraud Division for the Delta Group and the National Prosecution Coordinator for the American Policyholder Association.

After graduating in the top 5% of his law school class at DePaul University in Chicago, Dominic moved to California. He worked 2 years as an attorney for Justice Charles Hamlin of the California Court of Appeal. Thereafter, he joined the District Attorney’s Office.

Dominic established San Diego’s Workers’ Compensation Premium Fraud (1996) and Medical and Legal Insurance Fraud (2005) Task Forces. Both of these were the first of their kind. He also authored several articles on insurance fraud including premium fraud.

Dominic’s success resulted in several awards. In 2016, he received the “Edwin L. Miller Lifetime Achievement Award” from the San Diego District Attorney’s Association. In 2010, Llorente Investigations named him their Nationwide Insurance Fraud Prosecutor of the Year.  Previously, in 1999, he was named Insurance Fraud Prosecutor of the Year by the International Association of Special Investigation Units for Southern California.  Dominic also was awarded a Certificate of Recognition from the FBI and a Commanding Officer’s Citation from the San Diego Police Department.

Dominic has taught numerous classes throughout the country on how to investigate and prosecute insurance fraud including premium fraud. He also spearheaded and designed in San Diego one of the most successful anti-insurance fraud outreach programs in the country.  This high-profile public campaign to deter insurance fraud included Public Service Announcements on Television, Billboards on Freeways, Anti-Fraud Posters for employers, and Ads in dozens of publications in numerous languages.

Prior to retiring from the DA’s Office in September 2019, Dominic served as Co-Chair of the Coalition Against Insurance Fraud out of Washington, D.C. for 3 years.

Elijah Mercer is a social justice advocate with a mix of research, data analytics and social media marketing skills. He is most passionate about using data analytics to drive results across multiple industries.

Elijah got his start in social media management as a human resources intern at National Public Radio (NPR). There he used social media to help boost NPR’s intern brand and recruit new interns. He also worked as a research assistant intern for the Investigative Reporting Workshop and spent two years teaching in Baltimore as part of Teach for America. In both positions, he used research and data to drive tangible research and data results for marginalized populations.

He worked in-house for the Coalition as the research associate from 2014 through 2017, while interning for United States Senator Cory Booker. Afterwards, he spent four years working for two Coalition members as a crime analyst: The New York Police Department and the San Francisco District Attorney’s Office. As a crime analyst, Elijah uses data to help decrease crime and violence, help attorneys understand how some prosecutorial techniques disproportionately impact communities of color and assists in high level criminal investigations. Elijah serves as the Coalition’s social media manager, and also works as a data visualization consultant.

He holds a degree in Criminology with a minor in communications studies from American University.

Carmen Russo joined the Coalition in 2020 as an Outreach Coordinator. He also chairs the Coalition’s Life and Disability Insurance Anti-Fraud Working Group.

Carmen retired in March, 2019 as Assistant Vice President of Investigative Services at Manulife Financial/John Hancock where he was responsible for long range strategy and management of a global network of investigators across the United States, Canada and Asia.

Previously, Carmen worked for the Massachusetts Office of the Attorney General, most recently as the Director of Operations and Investigative Services.

Carmen received a B.S. in Accounting from Boston College and earned a Master’s in Public Administration degree from Suffolk University.